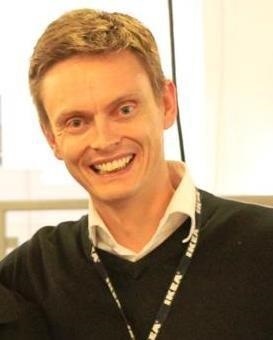 IKEA Trading has been a Corporate Member with SACC-Texas since December 2013 and we got a chance to talk to David Svensson, the IKEA Trading Area Manager in Houston.

David started working at IKEA in 1998 in Älmhult, Sweden, during his last year of University. Since then he has been a loyal employee, working all over the world with IKEA. Two stints in Poland, fours years in Qingdao China and he has now been based in Houston, Texas since 2011. His role at the IKEA Trading office in Houston is that of IKEA Trading Area Manager, overseeing all purchasing in North, Central and South America.

Why Houston of all places?

“It’s a central point in North America and also close to Central America. Great traveling connections, big population which makes it easy to find people, a very technical and competent city. So a lot of good resources.”

IKEA Trading appears like an unidentified part of IKEA itself and not many people are familiar with it. However, IKEA is working on launching a website for IKEA Trading and IKEA Trading are now also focusing more on their marketing. The website will help more local suppliers find them which is one part of the plan we will talk about later.

What is “IKEA Trading” and what do you offer?

“IKEA Trading is the middle of the three main processes that builds IKEA; the creating the offer process, the supplying process and the selling process.” IKEA Trading also involves distribution where around 80% of purhased goods go straight from the suppliers to the department stores. “It keeps the cost low and reduces time and warehouse use.”

About sixty people work at IKEA Trading in Houston, with seventeen different nationalities and including five people from Sweden. The office in Houston is located at the department store; however, some countries have a IKEA Trading office without a department store. “It is great benefit to be so close connected to the department store,” David continues, “You can for example show new potential suppliers around the store to give them the full breakdown of the chain.”

IKEA recently started an aggressive growth-plan for North America. “We want to double the sales between 2012-2020 in the US and Canada”, says David. They are now almost two years into the plan and two new department stores in Miami and one in Kansas City are currently under construction. They also want to increase the percentage of local produced goods in North America as a part of the growth plan. “The goal is to reach and cover at least 50% of everything that sells and produces in North America.”

The North America IKEA market is currently growing faster than the average of the rest of the world and the number show very good growth. David points out that the Americans are really liking the IKEA concept.  The feelings are mutual it seems, as David and his family are also very fond of the US and Houston. “Houston is a great and fun city to both work and live in, with huge diversity and a lot of different cultures.” David continues, “People are more open, curious and hospitable here compared to back in Sweden. The people are definitely the major difference between the US and Sweden”.

Finally, do you have any career tip for someone who wants to be successful in the American market?

“Good question. Make sure people see you and don’t be afraid to stand out. People also like when you are straight forward. Don’t be shy, show your skills, or like someone said: be yourself, everyone else is taken.