Ola Melzig is one of our new business members in SACC Texas. With his business partner and wife Joan, Ola runs the event production company M&M Productions. Ola has earned a stellar reputation in the global entertainment industry as technical producer of some of the largest, most complex and prestigious live events in the world. Since year 2000, Ola has been in charge of producing the annual Eurovision Song Contest final. Second to the Olympic Games opening ceremony, this is the world’s largest event with an average of 200 million live viewers. 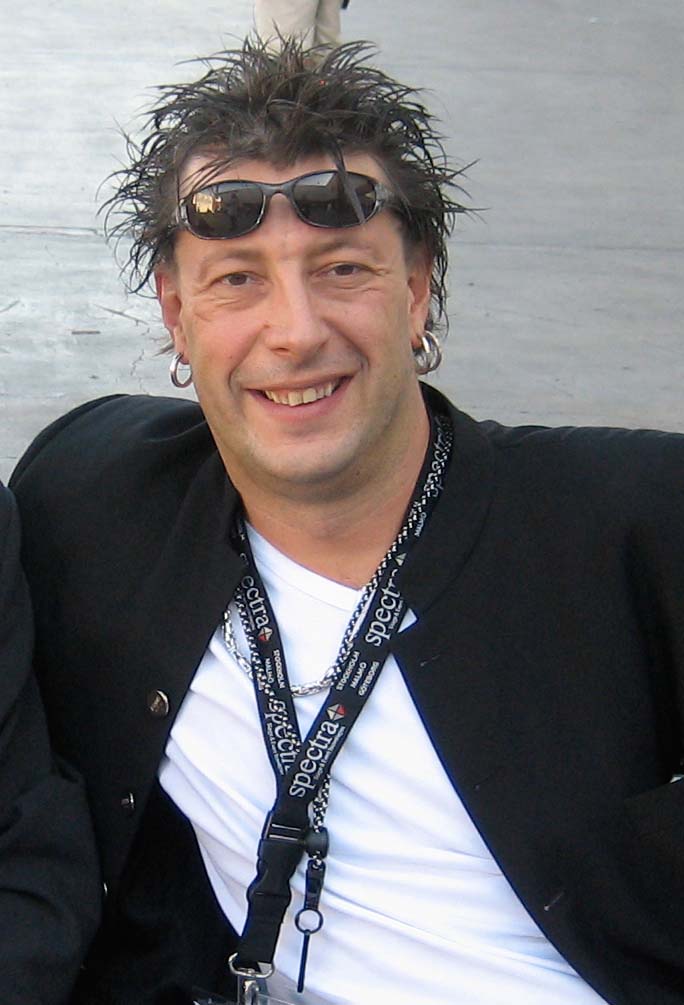 Peter: Tell me Ola, what does a production manager do for a living?

Ola: Well…“fake it till you make it” is usually a good credo for us production managers (says Ola and smiles). In business terms my job is to manage large arena events, live broadcast productions and shows in all conceivable aspects. I see myself as the spider in the web for taking a production from idea to reality. This involves pulling together all dimensions including the artistic part, sound, lighting, video, special effects and all the technology and people required to make it happen. I make sure everyone knows the expectations and are part of a good workable plan we all can follow. Then there are things like budgets and deadlines that dictate our approach and how much time we have to prepare.

Peter: How do you characterize a large event?

Ola: All events have some sort of limitations of how much money they can cost as well as the physical constraints of the arena we use. One of the largest ones I have managed so far was the Eurovision Song Contest in Moscow 2009.  This is also the largest indoor arena production ever made and had a total budget of 50 million Euros ($68 million).  The lighting and stage piece alone cost some 9 million Euros. The artistic requirements were set at a very high level and this costs a lot of money to realize. For example, we contracted Cirque du Soleil for the opening act which made it very special and unique.  We also use a lot of equipment for large productions. Just to give you an idea, the power generators we used in Moscow consumed 22,000 liters of diesel fuel every day during the 50 days it took us to prepare and finally do the show, and I can tell you that we did not receive the EU ecology award that year. Another constraint is that all arenas have weight limitations for how many tons of lamps, special effects and other equipment you can hang in ceilings and place on stage. There’s a lot of engineering involved in these things.

Peter: What are you working on right now?

Ola:  I just completed the opening ceremony of the Commonwealth Games in India where I was the Technical Director. Right now I’m preparing the production of the annual Nobel Prize award dinner. It’s always held in the Stockholm City Hall in December and I’ve produced this one six times before. In the spring I will be busy with the 2011 Eurovision Song Contest in Dusseldorf. This will be my 9th Eurovision Final since my first in Stockholm 2000.  I am also having discussions about the 2012 Olympic Games opening ceremony in London. This is of course a dream project for someone in my profession. It’s the mother of all events and has about 350 million live viewers.

Peter: How many people in the world do what you do?

Ola: I would say we are a pretty small group of about 10-15 people who do these very large events. Although we compete for the projects we are also good friends who collaborate and help each other out. We share a love for what we do and are probably not your typical business people. Most of our contracts are handshake agreements and we don’t use a lot of attorneys. It seems to work for us though.

Peter: In previous articles you have been described as “larger than life” “funny” and “flamboyant”, but how would you describe yourself and your management style?

Ola: Production managers are often described as loud red faced people who scream a lot. I am the opposite. For me it’s about being secure in what I do and learning how to manage all kinds of situations. It’s very important that my crew is happy and I spend a lot of time making sure this is the case on all levels. I started my own career doing the not so fancy jobs like doing dishes in the catering service and pulling cables. Everybody knows that I have also done what they do and that brings a lot of mutual respect. I never need to raise my voice because I understand when people have a rough day and they know that I’m doing what I can to make their work as smooth as possible. I’m also very accessible to all team members and I’m not too fond of hierarchies. I probably have a good dose of a Swedish approach to management and for me my style is what has made me successful in my industry.

Peter:  What goes through your head an hour before a production goes live in front of 200 million viewers?

Ola: In year 2000 when I did my first Eurovision Song Contest you would have found me pale and cold sweating in my office. Last spring when we did the same thing in Oslo I sat out outside in the sun having a cup of coffee with my crew. When it was time we just walked into the control room and delivered a great show (http://www.youtube.com/watch?v=b3gEHRENCHc). Sure I’m charged up but I’m not really nervous because I know we are well prepared and ready to deal with any surprises. In these projects there is a plan B for everything and once we are on air there is not a lot I can do if something goes wrong. At that point it’s in the hands of my crew.
Peter: Are there any moments that are especially memorable, for good or worse?

Ola: Every event is unique and so many things happen but I’ve never been close to a situation where something goes totally wrong. We did have a big problem this year in India, when less than a week before the Commonwealth Games opening, we got a 330 volt electrical spike into our system that ruined half of our lighting rig. We lost 600 very expensive lamps in 1 second and it ended up costing the generator company 700,000 Euros to fix it. It was hell to get back on track with the preparations but at the end of the day we made it. This event and the 2009 Eurovision final in Moscow are definitely two of my favorite shows so far. Also, nothing beats the feeling of seeing my name in the credits after my first Eurovision final in Stockholm. That was my breakthrough in the large event league.

Peter: Is there a particular artist you would like to work with?

Ola: One of my dreams is to produce the show for Tina Turner who I think is just a great performer.  Another favorite is the German band Rammstein who I know is a great group to work with.

Peter: What’s your connection to Texas?

Ola: Through my wife Joan we have close ties to Austin both with family and professionally. We are partners in our company M&M Productions and we often work together on the projects. In addition she also does a lot of marketing for some of the many professional lighting and sound equipment companies that are based here in Texas. A lot of people who work in our industry also call Austin home so it’s a natural place for us to have our US base. We set up our US office here four years ago and aim to spend about 30% of our time here.

Peter: So what are your plans for the future?

Ola: Well, we will continue to do large events around the world which will occupy a lot of my and Joan’s time. Business in the US has been slow during the last few years but I hope we can do more projects here when things get moving again. I would like to do more work for Swedish companies in the US since I know how to get hold of the best resources and to very good rates compared to if they shop around themselves from overseas. It’s very easy to end up paying more than you should here if you don’t know the market inside and out. Another idea that has been brewing in my mind is to do something great around Swedish music here in Austin. Perhaps we can do something within SACC Texas to develop that idea further?

Peter: What is the first thing you do when you come home to Austin?

Ola: As soon as I land I go to the store and buy a good piece of steak, some jalapenos and a bottle of red.  Nothing beats enjoying some good Texas food in the sun by the pool.

Peter: Also, as a last question…..would you mind helping us produce the next SACC Texas Christmas Party?

Ola: Absolutely, when can I start?