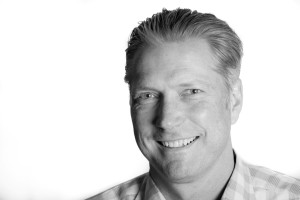 Greetings from Austin, the capital of Texas!   In the month of March, the city is also the capital of the world for the creative industries.  The SXSW festival starts on March 12th and attracts over 70,000 participants from all over the world attending one or several of the music, film, and interactive programs.  The Swedish participation in the festival has increased steadily over the years and SACC has always been a host to all the Swedish delegations coming to town.  This year we will welcome hundreds of Swedish participants; the interactive festival will include dozens of interactive companies: from gaming giants like King (Candycrush) and Mojang (Minecraft) to many smaller startups and creative agencies.  Swedish authorities and associations are also interested in Austin and SXSW and this year we will see delegations from the Embassy in Washington, from Malmo, Gothenburg, Stockholm, and Austin’s sister city Lulea.  After the interactive part, music and film take over town, and there are plenty of Swedish bands and films coming to town.  Below you find the Swedish bands and films that will attend SXSW in 2015:

One notable film that has a public screening (no SXSW pass required) is Bikes vs. Cars, a documentary about climate and resources, and how cars are a big part of the problem, and how bikes can be an important part of the solution.

As usual SACC is hosting all things Swedish at our legendary March 14th party at the rooftop patio on 6th street in the heart of downtown Austin.  As is now tradition, we will have a great variety of music and interactive panels with great bands and industry leading speakers.  Then on Monday there is a music showcase at Threadgills with 5 or 6 Swedish bands.  It will be awesome!  Keep your eyes open for the invite and make sure you register early as both these parties always sells out.