Globally known as the leading equipment provider for serious weightlifters and Paralympic weightlifting, Eleiko has moved it’s Headquarters from Chicago to Austin, Texas. On site is both their office and a high-end weightlifting gym, hosting a unique setup while also staying true to their brand that dates back decades.

In 2020, in the midst of the Covid pandemic, a Swedish company quietly moved their U.S. headquarters from Chicago to
Austin. Impressively 100% of the employees agreed to relocate, and as the rest of the world was shut down, Eleiko opened its new headquarter in Austin with beautiful facilities, hosting both their office and a high-end weightlifting gym in the very
same location. Not the most common combination, but if you know Eleiko’s product and history, it all makes perfect sense.

If you are a frequent gym goer or if you have ever watched weightlifting on TV, you will certainly recognize the distinct brand of Eleiko. Their recognizable bold letters cover every weight stacked on the weightlifting bar that also carries the same name, which was their first innovation in the category. Today the brand is globally recognized as the leading equipment provider for serious weightlifters, and they have equipped more than 40 IWF world champions to date, and since 2005 they are also the preferred brand in Paralympic weightlifting. 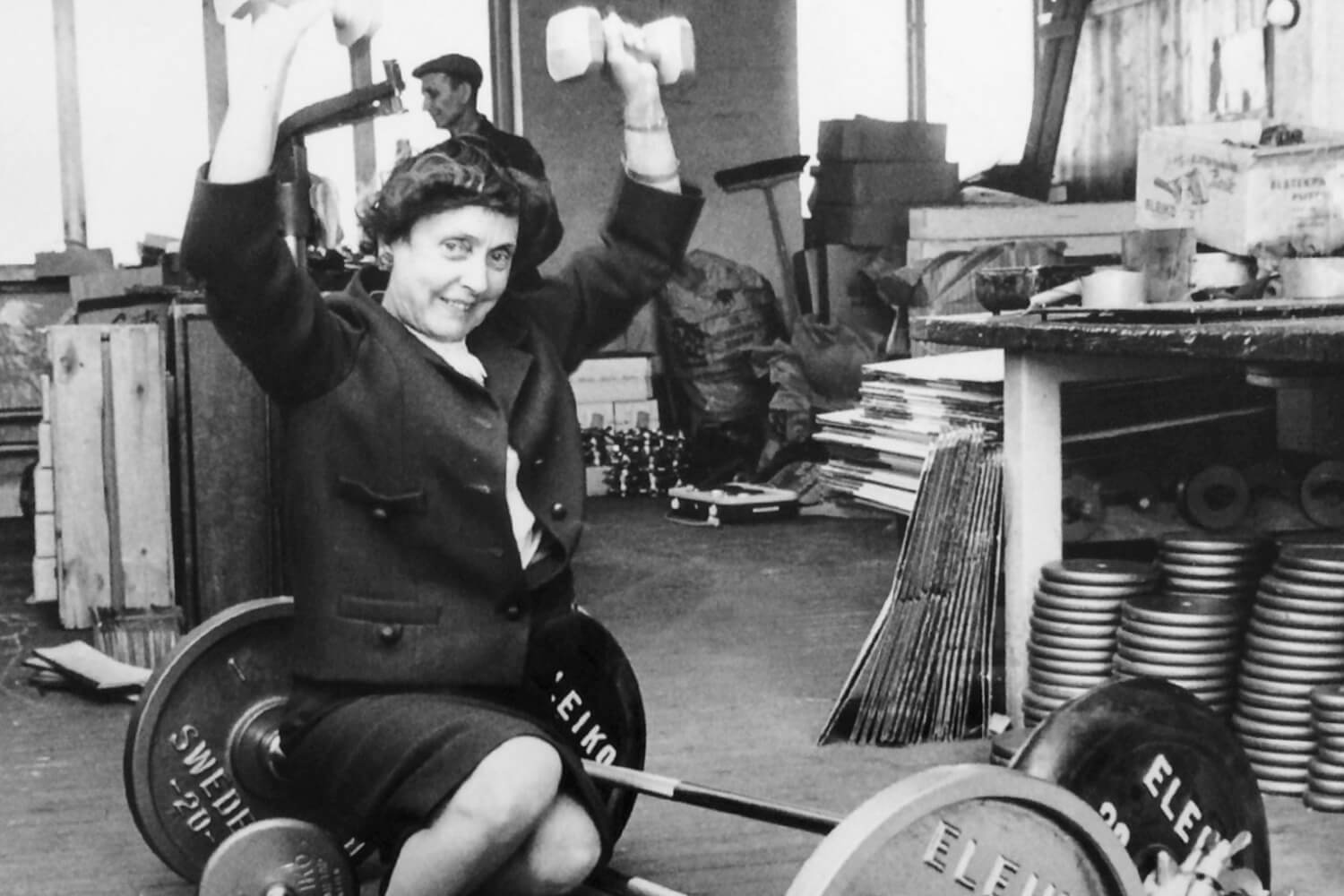 But the company started a long time ago, and they were not making sports equipment back then. In fact, Eleiko was started in the Swedish town Halmstad in 1927 and for 30 years they were making small electrical appliances such as toasters and waffle irons. Then in 1957 an idea forever changed the company’s trajectory. Eleiko’s factory supervisor Mr. Hellström, who was an avid weightlifter, had grown frustrated with poorly made barbells constantly bending and breaking. One day he approached Mrs. Johansson, the company’s managing director, with an inspired idea – let’s build a better barbell! Mrs. Johansson liked the idea and gave him the green light to create the new product.

Mr. Hellstrom crafted a better barbell from a specially formulated hardened steel that would never bend and a waffle pattern knurling to prevent the bar from slipping in sweaty hands. After perfecting the products for years, Eleiko blasted onto the world stage in 1963 doing what no other manufacturer had to date – build a bar that lasts an entire competition without being damaged or broken – and the weightlifting community took notice. The impressive performance raised the bar for weightlifting equipment forever, and Eleiko has continued to lead innovation in the industry ever since.

Over the decades Eleiko has continued to shape the sport of weightlifting with the introduction of the first rubber weights and including needle bearings in the bar design enhancing performance and safety. Athletes immediately appreciated the improved experience, and the notion of the “Eleiko Feeling” was born. 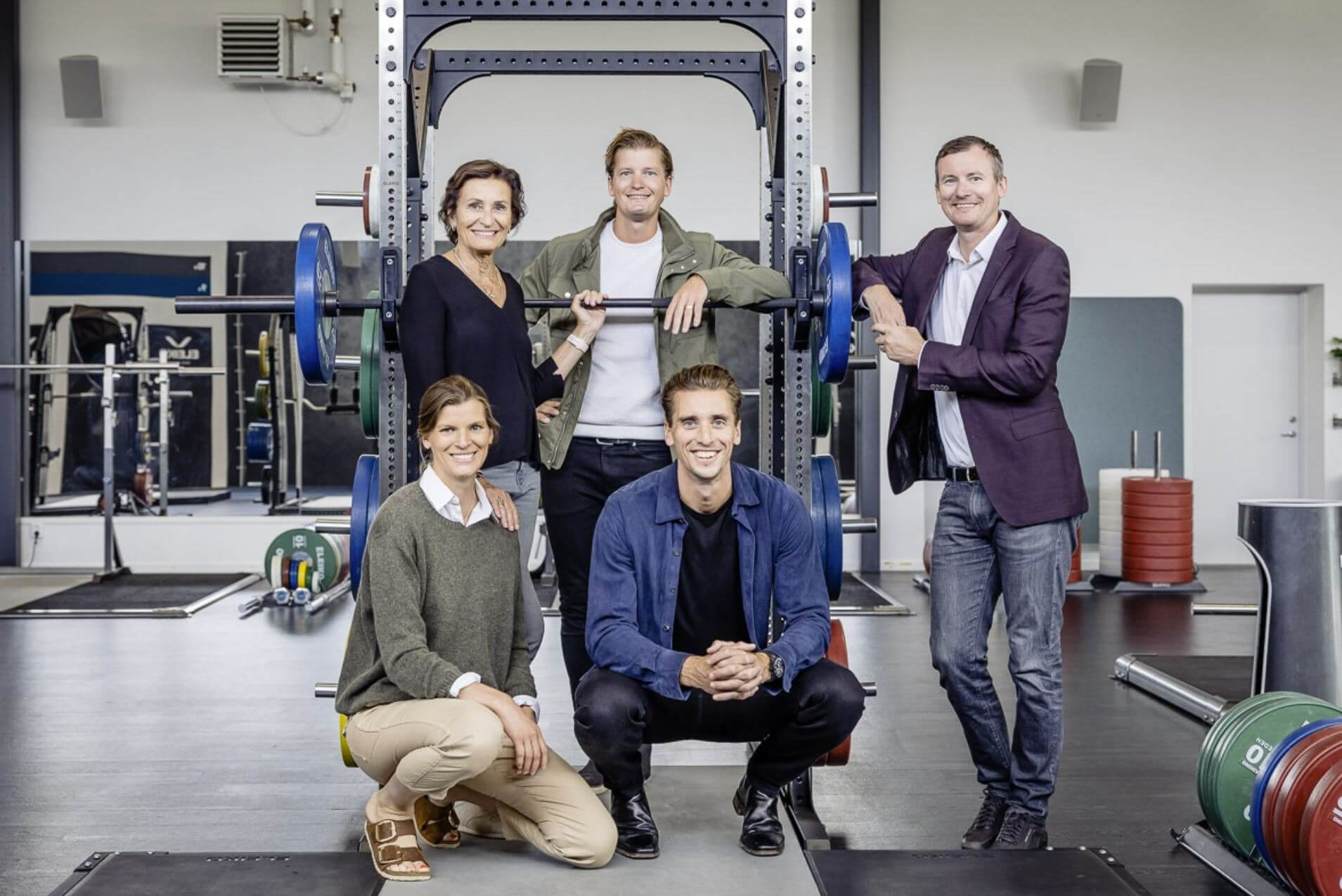 Over the years the company was eventually acquired by the Wallenberg investment company, but became a family-owned company once again in 1997, when Lennart Blomberg, a long-term family friend of the original owners, the Johanssons, acquired the business. Today, the next generation of Blombergs have taken the helm, while Mrs. Blomberg stays active in the company through its board of directors. CEO Erik Blomberg leads the company and Rickard Blomberg, in his role as President of Eleiko Sport, heads the company’s rapidly growing U.S. operations. Hans Blomberg runs Eleiko’s IT and Logistics Systems while Madeleine Blomberg and her partner run Eleiko France.

Eleiko today has 190 employees globally with offices in Russia, UK, Germany, France, Spain, and the US. They sell products in 150 countries and in the U.S., several large universities and even the U.S. military, is part of their customer base.

When I was visiting Eleiko’s new Austin office in September and was given the tour by Rickard Blomberg, there was coincidentally a weightlifting championship being streamed live from Eleiko’s hometown in Halmstad. The IPF World Classic Championships was originally planned to take place in Belarus this year, but due to the political situation there, the IPF decided to move it on short notice, and Eleiko saved the day by providing the location, setup of the venue and all related equipment. Rickard shared with me that he had received reports that they had royalty in the crowd as the Swedish Prince Daniel was there to watch the event.

Eleiko has come a long way indeed since making waffle irons in Halmstad almost 100 years ago. Today it’s a global brand recognized as the leader in their category all over the world. Here at SACC, we’re so excited that they have decided to make Austin their new U.S. home!