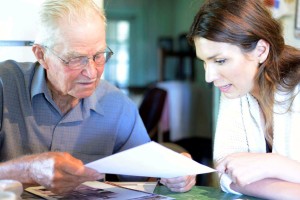 New Sweden, is an iconic vestige of a pocket of Swedish settlers who moved to the area east of Pflugerville in 19th century. Several Swedish settlements in the area included New Sweden, Carlson, Lund and Manda. The community was established in 1873 and was known then as Knight’s Ranch.

The Swedish Evangelical Lutheran Congregation was established on February 23, 1876 and initially carried the name Manor until 1887. With the establishment of the New Sweden Lutheran Church, the community became known as New Sweden. 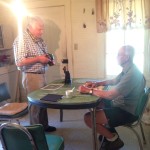 The Swedish American Chamber of Commerce met with the journalist Tommy Hellström to visit Clarence Blomberg. Clarence is the third generation Swede living in the area. He speaks fluent Swedish but have never visited Sweden. 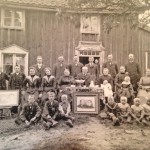 Clarence Blomberg’s photograph of his relatives outside their home in Barkeryd Småland.

If you have not travelled to New Sweden or its church yet, it is a nice visit with great Swedish history.