South by Southwest (SXSW) is one of the most popular festivals and trade shows for the creative and interactive industries in the US.  SXSW was held in Austin in March and while all the Swedish participants have gone back home, the buzz has continued long after the event concluded, and plans are already being made for an even greater presence next year.  Swedish media covered the event as you can see in the attached article (below).

With around 400 Swedes present, Sweden was well represented at this year’s 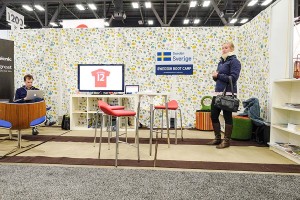 edition of the interactive part of the SXSW festival with big names such as Spotify, King, and Toca Boca.  Sweden even had a booth at the SXSW trade show promoting Swedish creative industries.

The Swedish Ambassador, Bjorn Lyrvall, said “They are spreading a very positive image of Sweden as a creative, forward-thinking and innovative country”. Therese Linde, president of the Swedish-American Chamber of Commerce, fills in saying “If we do a good job showcasing Sweden here, we believe that more American companies are willing to do business with Swedish companies.”

If you are interested in participating in the Swedish SXSW efforts for next year, please contact rwendt@boundlessnetwork.com.  The planning for next year is already underway and it’s going to be a fantastic opportunity to get visibility both in Sweden and here in the US.

Check out more responses from Swedish media and others:

SXSW: Don’t miss out on the Swedish Bootcamp