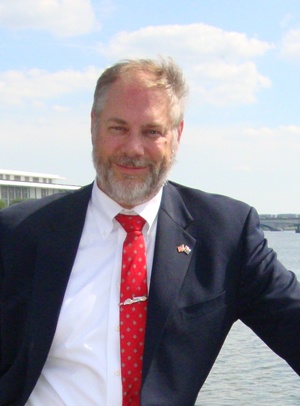 It’s been a little more than two years since I took that fateful call on I-93 somewhere between Boston, Massachusetts, and Concord, New Hampshire. A voice on the other end asked if I would be interested in becoming the next Chairman Elect for the Swedish-American Chambers of Commerce-USA. With great pride, I accepted the position and I look forward to lead the SACC-USA network into its next quarter century.

Many of you already know me, but for those who don’t, here is a short bio: I’m a self-proclaimed Swedish-American “hybrid.” I was born in California to Swedish parents and raised in Sweden but returned to the U.S. to receive my higher education. I have worked within engineering and management for GE, AT&T and Lucent Technologies, among other things. Recently, I completed my tenure as Chairman for the Karl-Adam Bonnier Foundation in Stockholm, Sweden.

I would not be able to take over as Chairman without the great support and help from my predecessors and the staff at the SACC-USA office. I want to build on what they and others have started. Two goals of mine are to broaden the collaboration between all twenty SACC offices in the U.S. and to make our organization even better known among companies and other stakeholders in both Sweden and the United States.

The true strength of SACC is the network itself. By tapping into the SACC network and its collective knowledge, energy and intestinal fortitude, we contribute to the development of trade relations between Sweden and the U.S. in a very meaningful and effective way. The possibilities are endless.

I’m looking forward to two exciting years at the helm of SACC-USA. I invite you all to become involved in this great organization!