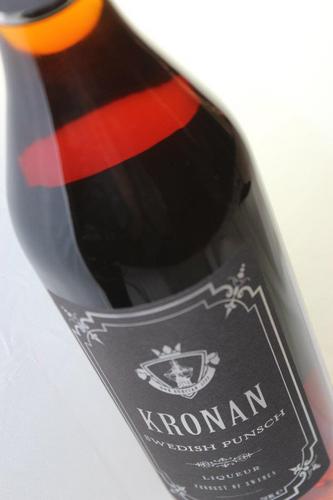 Kronan Swedish Punsch owner Henrik Facile began creating new spirits and flavors 20 years ago in his hometown of Stockholm before moving to Texas with his wife in the 1990s. His liquid pieces of art have been praised and featured in the New York Times, Huffington Post, and Cocktail Times. According to Henrik, Austin is a great place for his area of work with its young environment, lots of restaurants and bars, and liberal liquor store rules. It is also conveniently located between 2 major airport hubs, making international work easily accessible. “Texas is great for small companies. The liquor industry is regulated, but with many opportunities.” Facile says.

Kronan punsch is produced in Sweden and even though it is produced on a smaller scale, it is available in 28 states throughout the country.  “Sweden has a monopoly on the alcohol industry” says Henrik. “It’s much more independent here.” When asked where he would like the company to be in 5 years, expansion was the main focus. In the meantime, we can be on the lookout for one or two new products to the market for this upcoming year; a traditional Scandinavian drink adapted to a more modern customer, and also an egg nog that will be coming out closer to the holiday season. Facile says his first punsch released in Sweden in 1993 was his biggest achievement. “It was the first Swedish punsch that was trying to be more modern.”

Swedish punsch actually dates back to the 1700s, but was never developed because its distribution was monopolized. In the 1920s and 30s, it was being drank in the US as a top shelf drink. Although Kronan got its start in Sweden, 80% of Facile’s buyers are non-Swedes. “This is because Swedes are too traditional,” Henrik explains. “The best consumers are the ones who have no idea what it is. They just go for it and like it for what it is.” Apparently the differences that Swedes don’t like so much are celebrated by others. Mixologists from the States are now traveling to Sweden to make cocktails with Swedish punsch and giving the oldest liqueur a fresh new face.

Facile says that working with SACC-TX has truly been a great experience and very beneficial for making social and business connections with other Swedes in Texas. We even got a chance to ask Henrik what his favorite alcoholic product (besides his own) was, and the answer was Right Gin, produced in Malmo. If you are interested in getting in touch with Henrik, he is easily contacted by e-mail at info@liquidinnovators.com.

We hope to see Kronan “taking the traditional to new levels” for many years to come.